As part of the initial testing phase of Hayi Al Maarifa Public Space development Project, the wood workshop was carried to understand the willingness of the community to actively participate in shaping their surrounding.

Conducted on Friday morning 22nd of June 2018, the wood workshop aiming at integrating the male youth in the development of public space in Al Khoud 6 took place at the ‘Public Hall’ of the neighborhood. The aimed output of the workshop is the construction of a bench in addition to incorporating two solar powered lights as an initiative to introduce the community to renewable energy sources.

The organising team of MCTspaceLab that facilitated the workshop were Rowa Elzain and Mariam Al Tai along with an invited expert Thomas Demant (Managing Director, COWI & Partners LLC). The workshop was sponsored by COWI & Partners LLC in terms of material in addition of having an expert which added to the value of sharing high quality information and skills with the youth.

Consisting of 9 participants (students of the neighborhood summer school) along with 2 adults who were representatives of the community, the outlined agenda of the workshop began with the introduction of the project and facilitators, followed by an introduction of the tools and safety regulations, and finally a quick brainstorming session of the design of the bench followed by the construction. 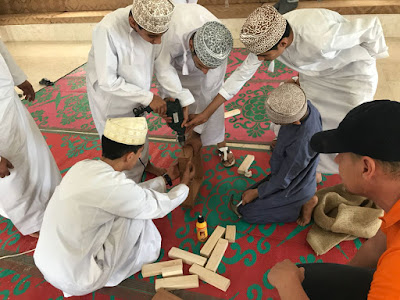 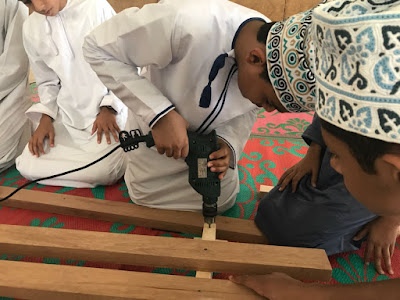 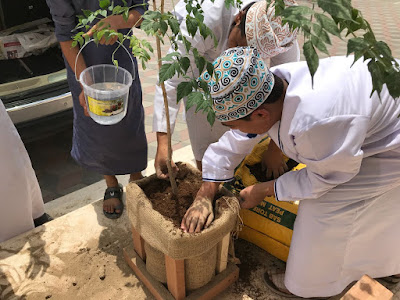 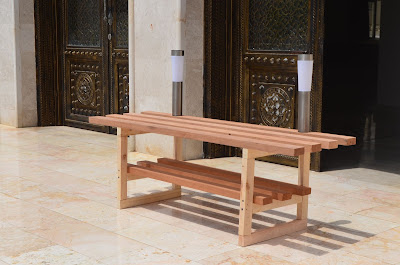 Although the bench was supposed to be located near a temporary football field within proximity to the communities mosque, a discussion with community representatives in the workshop concluded with the allocation of the bench near the entrance of the mosque as a way of motivating the rest of the community to participate in further workshop.

Hence, we are currently in the progress of organizing the upcoming workshops targeted for the youth (both female and male) aimed at developing a selected area by the community.