As part of the initial testing phase of Hayi Al Maarifa Public Space development Project, the Design workshop was carried to understand the public space requirements from the perspective of the youth along with the extraction of design elements for these spaces.


The design workshop took place on the 30th of May 2018 during the month of Ramadan at the Community’s Quran School in Al Khoud 6. The workshop was integrated as part of the activities of the summer school hosted at the school. The aim of the workshop was to initiate the designs criteria for the selected implementation project chosen at a previous focused group meeting on 25th of March 2018. Hence, using various material, the participants where expected to draw and build how they would envision the development of their neighborhood.

The workshop was carried by Rowa Elzain and Mayisa Al Manthari as facilitators with 22 young female participants ranging from the age 6-11 years old. The 3 hours of the workshop consisted of three main parts: introduction to project, drawing ideal neighborhoods, and finally building scaled model of what these drawing could look like. 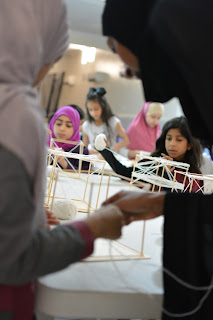 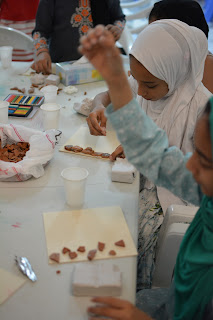 Given a similar wooden base and a scaled abstracted human model, the participants worked on developing their ideas within these limitations and proportion. Each project had a different assigned material which were: Clay for ‘Al Tareeq’, Styrofoam for the ‘Playground’, and strings for the ‘Hayi Al Maarifa Bus shade’. The duration of this session was 1.5 hours were each group received an short introduction to their material and initial assistance during the first 30 minutes of the season. Within 30 minutes from the starting of the session, the participants were confident handling the materials and were able to test and experiment different ideas and proposals. 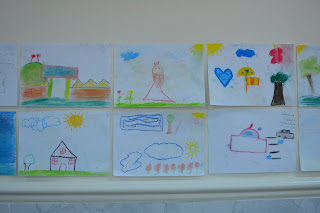 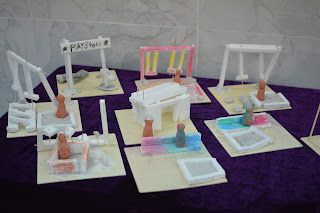 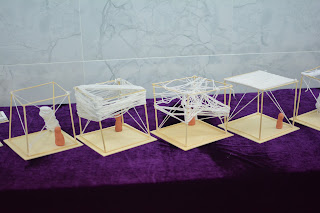 The outcome of the workshop consisted of 22 models showcasing possibilities for the public spaces development in Al Khoud 6. These models along with the drawings produced were exhibited within the Quran School as a steps towards introducing the parents to the possibilities of developing their surrounding built environment through the designs developed by the community’s youth.

The design workshop marks the first meeting where the community was activity participating in the financing of the Hayi Al Maarifa Public Space Development project. In addition, it was also the initial steps where we interacted with the youth of the community. Hence, following workshop took into consideration critical aspects for conducting a workshop in Al Khoud 6 in terms of timing, organization, and number of participants to include.
Hayi Al Maarifa project